Have you ever noticed that every time a new smartphone is released the YouTuber announcing it seems to stress the new smartphone chip performance. You hear words like 835 from the 821 chipset last year, GPU performance and CPU type, it all sounds pretty impressive but what do they do? What do you really know about smartphone chipsets? In this article I am going to attempt to make sense of it for you, so that the next time you hear about the next snapdragon release or a cool new chip feature, you somewhat understand what it is they are talking about. 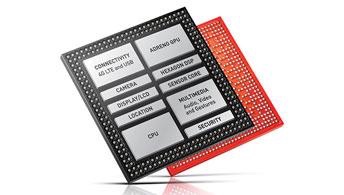 Before we really get into it you need to understand some terminology. What is a chipset? Simply put a chipset is a group of integrated circuits that are used together for a single function or in the case for this article about mobile chips those integrated functions such as graphics, modems, and processing are made together into one single chip, or chipset. The industry refers to them as a ( SoC ) or system on a chip. Inside that SoC is the CPU or the “Central Processing Unit” and GPU or “Graphical Processing Unit”. The CPU is an electronic circuit contained within the smartphone, and it basically sends out instructions to that smartphone, it has been referred to as the “brains of the computer” all smartphone chips are microprocessors that contain memory as well as some other functions. The CPU is rated on speed so when you hear someone refer to the the speed or “Clock Rate” of the CPU in GHz or Gigahertz, for example on this years 835 snapdragon CPU, it runs at 2.45GHz, this makes this chip very responsive or snappy. GPU has to do with providing graphics functions on all of those brilliant displays and games that we see. It was made popular by Nvidia back in the day, remember GeForce, GPU these days on a SoC transform graphics and image processing. The chipset also contains the GPS and modem functions so that we have faster speeds on LTE as is the case with the snapdragon 835 chip, it is because they have improved these functions this year on the 835 chip that will we see even faster LTE connectivity. The chip also handles security and some other functions as you will see later in this article.This is all integrated onto one tiny little chip that is inside your smartphone on the motherboard.

ARM is what most smartphone chip architectures are based off of, this ARM has instructions on how everything works. If you have ever heard the term architecture on these chips this is really the makeup of everything that is integrated on these chips, hence, ARM, it is an entire ecosystem on something not much bigger then your fingernail, which is sophisticated in of itself. The term ARM isn’t mentioned as much as it should be because this is PC architecture, which contains essentially everything. Confused yet? We started out in the early days with 32-bit devices and now the gold standard is 64-bit, these numbers 32 and 64 refers to the way that mobile chip can handle information, the 64-bit can handle a lot more. Think of ARM as blueprints of a building or structure, a road map if you will, when you look at that architecture it shows where everything goes. ARM could be an entire article itself but for the purposes of this guide knowing how it applies is what you need to know. When a new chip is released and it has increased battery life by say 20% this is because of ARM architecture, or instructions. These instructions are made up in a way to optimize what is being used and what isn’t, so that the smartphone uses less power, or conserves it better, and increases performance, its scientific in nature and calculated.

What are cores in a chipset? The simple answer is that each core has a task and the more cores that are in the chip the faster that chip can divide up the work and complete those tasks including multiple tasks at one time, they can even work together to handle one task. In the beginning having a lot of cores was not as important as it is now, partly because we are developing for the future, games and VR rely heavily on this. You are going to notice an emphasis by the chip manufacturer on saving power and thats very important because when you have a complex game or app running it is going to need a lot of power, this is all factored in while developing these core processes.

Security on smartphone chips are usually really good with new features being added every year with various authentication methods and biometrics however as history has shown us exploits have been developed that take advantage of bugs or problems that are found in security, and its universal. Lets me give you an example, vulnerabilities have been found in both Android and iOS which have allowed hackers access around or even through security to either gain access to the users data, or in the case of Android allow root level access in which you can run a whole range of malicious applications without the user ever knowing. Each chip manufacturer has their own security suite or platform with technologies that are designed into the chip to protect your data online as well as your financial transactions. Smartphone chip security is usually pretty good with Apple chips providing the best overall protection. There is a limit to this protection as we saw in 2017 with Apple’s chip being cloned with IMEI’s from their own data base. Hackers have even went so far to install hardware on replacement parts because it can bypass the trust zone. Chip security relies heavily on the software that runs on it but its main function is not protecting the chip itself directly, but it provides as I mentioned above new and more complex ways to authenticate or encrypt the users data online. A good example of this is the iris scanner or fingerprint reader.

The chips can be made by companies like Samsung, Qualcomm, and Apple for their own devices. You may have also heard of other names from these companies that manufacture these chips, like hexa or octa chips for Exynos, in which they are referring to the cores, and Apple has made it simple with the A series chip like the A8 or A9 chip, or even the A10 Fusion which labels it as a fast chip, just by name. You also have budget chips like Mediatek which you will find in medium to low end smartphones, the performance is ok and they lack good security. All in all these chips are designed, manufactured, and marketed in pretty much the same way. They all rely on what is currently available in technology with one chip manufacturer trying to outdo the other with a unique breakthrough in performance, security, or connectivity. To summarize what you’ve learned so far it works like this, when the PC came out we had graphics cards, RAM, and other internal components, well now with mobile chipsets all of those things need to fit on one tiny little chip, hence SoC or system on a chip.

So now that we have a very basic understanding of mobile chipsets, what is the difference from one chip to another? There is no question that Qualcomm has been the leader in mobile chips since the beginning, but we are seeing new companies emerge, and old companies that previously manufactured chips for computers converting to mobile or smartphone chipsets. Qualcomm Snapdragon is really the most popular or common chipset in mobile devices which found itself in its first mobile device in 2007 and hasn’t looked back, by 2011, it had 50% market share of a 7.9 billion dollar chip market, now that was 6 years ago and Qualcomm has dominated the market ever since, I am guessing that market share could be much higher now. The 800 series chip is the most common or familiar with a total of 14 different products under the 200, 400, 600, and just mentioned 800 respectively. Another commonly heard of chipset is Exynos, which is manufactured by Samsung, who is also building Qaulcomm’s new 835 chip, and looks to be making a play for a larger role in overall chip domination. As far as features and performance if you were to look at the progress that is being made every year in designing the next chipset. What it really comes down to a few things, better graphics support, better battery life, and better memory management. 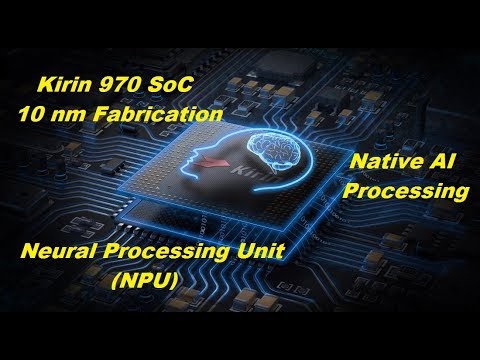 However we are seeing new companies like HiSilicon who are manufacturing a new breed of smartphone chips like the Kirin 970 chip which has something called an NPU or neural processing unit which handles AI or artificial intelligence, this particular part of the chip has 12 cores. This is really the future of smartphone chipsets because everything is being tested and designed around artificial intelligence technology, a neural processing unit is much more complex but it operates much faster and to the benefit of the user, more efficiently. Now before we go I want to mention memory management, in the past the chip makers were focused on giving you more and more memory without sacrificing performance, that seems to have stalled since the cloud has taken over. We will see what the future holds but no matter what it will still fit in the palm of your hand, or the tip of your finger.